Home » Bitcoin Dice » SafeDice Back Up After DDOS Attack

SafeDice Back Up After DDOS Attack

SafeDice Back Up After DDOS Attack

Over the years Bitcoin Gambling sites have been attacked and have scammed players and investors alike. We have seen large disappointing scams from sites like DiceBitco.in and Dice.ninja with 1000’s of Bitcoins fraudulently taken. So arguably the Bitcoin Gambling community has a right to be worried when a site goes down, legitimately or not.

As investors we reached out to the SafeDice Admin and asked some questions about the attack and the site  in general. The Admin Sam got back to as promptly with the answers to the questions below:

Q) The recent downtime, this way from a DDOS attack right? Did they get in contact with you and demand anything?
A) Yes, it was a type of DDOS, but the last time they did not ask for money. Of all DDOS attacks we have been contacted two to three times and always they ask for Bitcoins in order to stop the attack.

Q) What are you doing to stop these types of attacks that are relatively common in the Bitcoin gambling world?
A) I think I am not able to reveal the details here. In general, I can increase the security level of the site, but it is not as convenient for players and sometimes blocks regular users, so I can not do it permanently. I have a few other methods to block them, but at some point they may still be able to take the site down. Regardless, the good news is that we managed to reduce the downtime in the recent weeks, we are getting better and better, and we will continue to improve it.

Q) Has this happened before?
A) Yes, we’ve been around since 2014, so we have experienced many DDOS attacks.

Q) Did you create the entire site yourselves or is the script purchased?
A) It was created from scratch by myself. Purchased scripted sites usually do not last long.

Q) How big is your team managing the site? Have they been involved or are they in other projects? What does each team member do?
A) The server side is managed by myself, my partners are often involved in other areas such as investment, modifications, or help with non-server related technical stuff.

Q) Historically at one point SafeDice was going very strong with a big bankroll and profits. Then it looks like the bankroll took a bit hit and the site profits haven’t really recovered. What happened? Did some high roller clean up?
A)  Yes it was doing very well. SafeDice was originally designed like a PvP game (between players and investors) and we allowed the kelly up to 10 times the investment amount. As we have the best house edge on the market at 0.5%, it turned out to be very dangerous. Imagine that you invest 10 Bitcoins while only having 1 Bitcoin backing it up and all with a small edge. The fluctuations were huge and some big players got lucky at the expense of the investors. Now we have limited the kelly amount where the maximum kelly an investor can choose is only 2x. This is a lot more conservative and we do not forsee the same fluctuations occuring when the kelly was 10x.

Q) Why did you guys select 0.5% for the house edge? Did you want to be the best in terms of house edge to attract more customers?
A) Yes we aiming for the long term, and our goal is to be a reliable dice site with the lowest house edge.

Q) Any changes or additions planned for SafeDice in the future?

A) Stability and marketing. We will continue to improve the reliability of the site, keep the downtime as low as possible to attract more visitors, and more marketing to spread the news about SafeDice. 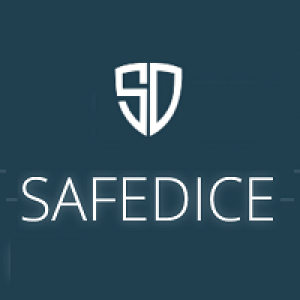 As investors in the SafeDice bankroll we really appreciated Sam taking the time to answer the questions.

If you want to read a Review of SafeDice Click Here.

Cryptocurrency Addiction, Is It a Real Thing?